“We’re doing double front flips here at Nitro Circus and Josh Sheehan hit the triple backflip [on a motocross bike], and then the guys go to X-Games and Josh wins with a double backflip,” says Travis Pastrana, speaking exclusively to Mpora about the upcoming Nitro World Games.

“It’s still one of the toughest tricks, but we thought that there was a definite need for a contest with more big air. When the X-Games started there was no limit to the jump size but eventually it got standardised. In our event the riders have the ramps in their hands.”

The Nitro World Games is the most recent addition to the already wide-spanning portfolio at Nitro Circus. After success in year one, it’s gearing up for a second showcase at Salt Lake City’s Rice-Eccles Stadium on 24 June 2017.

The Nitro crew pride themselves on having the biggest ramps and the biggest tricks, and they’re looking to continue to establish themselves as a serious contender to the X-Games.

Travis himself should need no introduction. He’s an 11 times X-Games gold medallist, specialising in freestyle motocross, the master of progression and the face of not only Nitro Circus but ‘extreme’ sports as a whole.

It’s a face that you’ll rarely find without a smile spread across, and though we’ve just got Trav on the phone we can almost hear the sporting legend’s smile.

He continues: “We started Nitro Circus as a touring action sports show and every show needed to elevate the game. Riders kept stepping up and after a while most of the biggest tricks in action sports were being done on our tours or at our houses.”

It’s true. While the most famous tricks in action sports had been heralded at the X-Games in the past – from Mat Hoffman’s 900 no-hander in 2002 to Travis’ own moto double backflip in 2006 – near enough every world first stuck on a bike or a board these days is coming out of Nitro Circus.

Pastrana and company launched the World Games in Utah last summer to widespread acclaim, and now he’s looking forward to taking it from strength to strength in 2017. 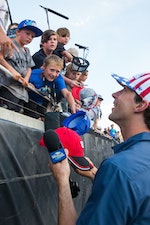 “It came together quick,” he tells us. “We know a lot about action sports and we know a lot about touring but to run an event live on NBC, the biggest network in the USA… and it had to be done in three hours? It’s a testament.

“We’re running every big air event they run or ran at X-Games but instead of doing it in three days we did it three hours. Our goal was to make something while keeping in mind attention span – people are used to YouTube. 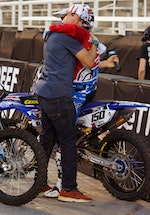 “It is dangerous how big our ramps are, but we use resi [softer] landings and we had no injuries last year which was so great. In the BMX we had ranked the triple backflip pretty highly but everyone in finals saw the size of the ramp, went for it and stuck one so we needed some judging improvisation there!

“We wanted it to be fan friendly – we wanted intense, we wanted a show, an event, and that’s exactly how people described it. It was the best in the world doing stuff that had never been done before, and it was just entertaining the whole time.”

Travis concludes: “Last year I think we failed the skaters and maybe didn’t show how big they can go. This year we’ve been working with Elliot Sloan who won it and the other guys to make sure we see what we can possibly do to make it [skateboarding] shine. Now the riders are on board and actively building their own ramps, so they can do things only they can think of. 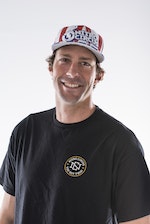 “We want to showcase a little more of the personality behind it as well – last year it went so fast and as an enthusiast and as a friend of all these guys, obviously I already know the personalities by when I talked to fans and my mum – who loved it and was so excited about it – she didn’t know the names or backgrounds of the guys so we might slow it down a little.”

Don’t worry fans. Nitro Circus, even if you slow it down a little, is still going to be lightening speed. It should be one to remember.

Relive The Very Best Action From The Nitro World Games, The Brand New Competition From Travis Pastrana And Nitro Circus

This month has been all about taking it to extremes

80mph on a glorified tea-tray might sound scary, but for toboggan riders in the Engadin it's a way of life.

We Travelled To St. Moritz In Switzerland And Went Behind The Scenes At The Cresta Run