Do you know what a bicycle looks like? Of course you do. At least you think you do. You’re pretty sure; there’s a couple of wheels, a couple of tubes, some handlebars… on second thought, bicycle drawings are hard.

Do you really know what a bicycle looks like? Could you draw the perfect mountain bike, BMX or a road bike completely from memory? You might think so, but if Italian artist Gianluca Gimini’s genius latest project is anything to go by, there’s a good chance you’re wrong.

Gianluca is an art director, photographer and product designer based in Bologna in Italy. Back in 2009 he ran a project called ‘Velocipedia’; where he would ask people bicycle drawings produced completely from memory and then 3D render the results.

Needless to say, when you ask a bunch of friends, family and strangers to draw out a rig, many of whom will not have been cyclists in the slightest, you get some varied results.

Out of the stunning 376 sketches gathered, the youngest was by a three year old, the oldest was 88, there was a mix of gender, and interestingly 75 percent of the bicycle drawings were drawn facing left. Make of that what you will… 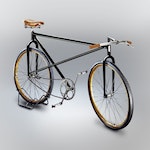 “Back in 2009 I began pestering friends and random strangers,” Gianluca writes on his web page. “I would walk up to them with a pen and a sheet of paper asking that they immediately draw me a men’s bicycle, by heart. 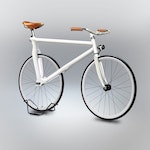 “Soon I found out that when confronted with this odd request most people have a very hard time remembering exactly how a bike is made. Some did get close, some actually nailed it perfectly, but most ended up drawing something that was pretty far off from a regular men’s bicycle. 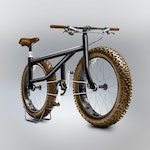 “Little I knew, this is actually a test that psychologists use to demonstrate how our brain sometimes tricks us into thinking we know something even though we don’t. 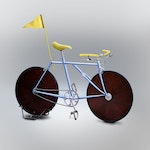 “I collected hundreds of drawings, building up a collection that I think is very precious. There is an incredible diversity of new typologies emerging from these crowd-sourced and technically error-driven drawings.

“A single designer could not invent so many new bike designs in 100 lifetimes and this is why I look at this collection in such awe. 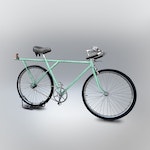 “In early 2016 I eventually decided it was my turn to take part in this project. I decided my job was going to be presenting the potential and the beauty inside these sketches.

“I selected those that I found most interesting and genuine and diverse, then rendered them as if they were real. I became the executor of these two minute projects by people who were mainly non-designers and confirmed my suspicion: everyone, regardless his age and job, can come up with extraordinary, wild, new and at times brilliant inventions. 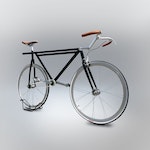 “Some diversities are gender driven. Nearly 90% of drawings in which the chain is attached to the front wheel (or both to the front and the rear) were made by females.

“On the other hand, while men generally tend to place the chain correctly, they are more keen to over-complicate the frame when they realize they are not drawing it correctly.”

What are your thought’s on the bicycle drawings and Gianluca Gimini’s project? Share it with us!

Awesome Bike Tattoos That Every Cyclist Must See

23 Words That Mean Something Completely Different to Cyclists

article laughter
We use cookies on our website to give you the most relevant experience by remembering your preferences and repeat visits. By clicking “Accept All”, you consent to the use of ALL the cookies. However, you may visit "Cookie Settings" to provide a controlled consent.
Cookie SettingsAccept All
Manage consent