Daniel Wagner has been skateboarding for 15 years and shooting photos for almost as long. He modestly ascribes some of his success to the city he grew up in – the skateboarding Mecca of Stuttgart, Germany – but in reality it’s his talent and his eye for unique compositions that has seen him become one of the best-respected snappers in the game. His career has taken him round the world shooting many of the world’s most famous skaters for magazines like our sister title Kingpin and brands like Nike SB and he’s captured some truly incredible images along the way. He talks us through five of his favourites below.

Stuttgart was the perfect place to grow up as a skateboard photographer. It sits right in the middle of a valley surrounded by hills that have beautiful spots scattered all over them. This and the fact that there are downhills everywhere make it a really great city for skateboarding. Torsten Frank filmed a German video magazine Stuttgart was his headquarters – the biggest and best skaters from all over the world came to throw down tricks for his lens. So I was really lucky and had everything I needed to become a skateboard photographer right on my doorstep.

Ever since I bought my first camera, I’ve seen the world with different eyes. I really just bought it because I wanted something to document the tricks my friends were doing, but I quickly realised it’s more than just documenting moments, it makes you look at things differently.

I got really lucky with my choice of first camera. It was a Nikon D70, which had features that were perfect for shooting skateboarding. It could sync flashlight faster than 1/500s which makes it possible to shoot well-lit, crisp images of action, and with the 10.5mm fisheye you could shoot full-frame fisheye even though the sensor was cropped. I didn’t know any of that when I bought it second-hand though, it was just luck.

Shooting skateboarding is about more than just getting the trick

Rain, extreme hot or cold temperatures and getting hit by flying skateboards are all hazards of the job. So you need a camera that’s tough. I’ve continued to use Nikon because I can totally rely on them – my D4 can handle anything.

Shooting skateboarding is about more than just getting the tricks. There are so many emotions involved in skating: the success after fighting hard for a trick or the disappointment when a skater has to give up because he’s tired or got kicked out by a security guard. Shooting any of that can make really strong photos. Shooting stuff on the way to the spot and of course the whole lifestyle and culture around skateboarding… All of it is important.

I try to shoot photos that don’t lie – I don’t want to make the spot look harder or bigger than it is. Also I’m not a fan of tight compositions, I like to give the skater a little space to breathe in the frame and if a spot looks good I want to show all of it. I rarely shoot portrait format because human eyes naturally see the world in landscape. Sometimes I like to work with natural light but sometimes I prefer the artificial look you get with flashes – that depends on the spot and the light of course.

I shoot maybe just three or four pictures a year that I’m really proud of. On a trip I always want to come home with at least one strong picture. That might sound easy but it’s not. But once you’ve got one no one can ever take it away from you.

The great thing about photography is that the possibilities are endless. There are many beautiful things to capture. I just read an interview with Timo Jarvinen on this page and it really made me want to go out and shoot empty waves in the ocean some day even though I’ve never had anything to do with surfing in my life.

We’d been trying to find this full pipe for literally ten years. A friend of mine had seen it in a local skate video but we had no idea where is was. Finally, more than a decade later, a local skateboarder told him how to get to the secret spot. We invited a handful of Europe’s best vert skaters along. It in the middle of nowhere deep in the Alps and tricky to get to – we had to climb down with ropes. But it was all totally worth it – just being there in that massive concrete space was impressive, but watching the guys skate the fullpipe made it truly incredible.

An 18 hour bus ride in Vietnam is no joke, especially when the AC doesn’t work

An 18 hour bus ride in Vietnam is no joke, especially when the AC doesn’t work. There was just one driver doing the whole trip too, so I was pretty happy to step out of the bus alive! But I totally forgot about all that when I saw this bridge from our hotel window. I knew I had to get a photo – even if it was just a flat trick or a push shot. When I arrived there I couldn’t believe my eyes: there was a little bank where you could do lip or flip tricks.

I had the mission in my head for the rest of the week. I was ruminating about how I could shoot it – the light setup was tricky as the spot was in the middle of a road with heavy traffic. But in the end I persuaded Vladik to get a trick on it and I‘m really happy how it turned out.

You can’t always plan shooting skateboarding, sometimes it just happens by itself.

You don’t always need a big light setup with four flashes and a plane ticket to get a good photo. Sometimes you can shoot great stuff right in front of your door with the people you go skate with everyday. All you need is a camera and lens, which is great because it means you don’t have to carry a big bag of equipment all day.

This day was a good example of how you can’t always plan shooting skateboarding, sometimes it just happens by itself. I went to Heilbronn, a small city outside of Stuttgart with Michael Tan, Lem Villemin, Andi Welther and Glenn Michelfelder. We were checking out a rail and found this place randomly on our way home. In the end I got home with four photos – one of them became my first cover on Kingpin magazine.

This trip was crazy. One of the skaters got bitten by wild street dogs and had to go to the hospital, our filmer got hit by a car, our van got taken by the police and we got into two car accidents. But I actually fell in love with the city. Istanbul is just beautiful and everybody was super-friendly. Just days after we left for home we heard that riots had been broken out on Taksim Square, right where we’d been staying. Almost 10,000 people got injured and several were killed.

Rodrigo TX picked up a snake by the tail and later we found out it was highly venomous. He could’ve died!

I’ve travelled a lot in my career as a photographer but I think I’ve been to Cyprus more than anywhere else. The conditions for skateboarding there are just perfect. You can escape the German winter with just a five hour flight, everything is cheap, the weather is always warm and it’s littered with the most perfect skate spots you’ve ever seen. Every school campus there has at least five spots that you can skate and shoot photos and everywhere there is this perfect, flat-surfaced ground.

The only downside is you have to beware of animals and spiders, especially if you skate one of the many ditches. Once we found this little snake in the pool of our apartment and we were joking around taking pictures with it. Rodrigo TX ended up grabbing it by its tail to put it back into nature where it belongs. But when we checked it out on the internet later and compared it to photos we found out that the snake was highly venomous. If it had bitten him he could’ve died!
Follow Daniel on Instagram at @wagnerdaniel & on Facebook and check out his website danielwagnerphoto.com 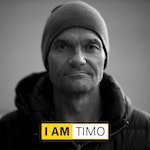 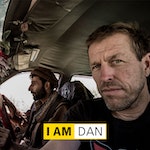 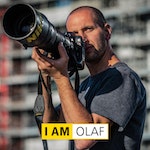 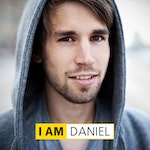 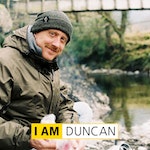 I Am Different
We use cookies on our website to give you the most relevant experience by remembering your preferences and repeat visits. By clicking “Accept All”, you consent to the use of ALL the cookies. However, you may visit "Cookie Settings" to provide a controlled consent.
Cookie SettingsAccept All
Manage consent