Step forward, Alvaro; who with the tasty soup of his family home back in Cadiz on his mind, and a deep burning desire to raise money and awareness for The Tribe Freedom Foundation and MS Society causes in his belly, started out from Croydon and rode across mountains and international borders as part of the ‘Cycling 4 Soup’ project.

“How far would you ride your bike for a bowl of soup?”

The film made it’s debut screening at an event on the 13th of March 2020 in Kingston-Upon-Thames, the film has now been released for you all to feast your eyes on (we promise that it’s 20 minutes of your time well spent). So, grab yourself some soup and a packet of bread rolls, and tuck into this inspiring story. Bon appétit. 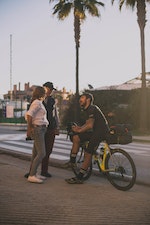 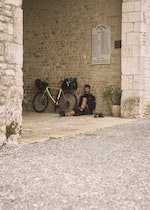 Adventure video
We use cookies on our website to give you the most relevant experience by remembering your preferences and repeat visits. By clicking “Accept All”, you consent to the use of ALL the cookies. However, you may visit "Cookie Settings" to provide a controlled consent.
Cookie SettingsAccept All
Manage consent