Over the last year and a half, the very notion of the word ‘freedom’ has morphed into something new, something altered, something that highlights just how much we took it for granted in the before times. From a freedom to create, to a freedom to roam, to a freedom to thrive, freedom, as a concept, has never felt so meaningful.

Teva, born in the freedom-feeling surrounds of the Grand Canyon back in 1984, have come a long way over nearly four decades. From a river guide strapping two Velco watchbands to an old pair of flip flops, creating in the process a shoe that wouldn’t float away, to a seriously sustainable, grown up, global outdoor brand dedicated to comfort and style it’s been one hell of a journey. In 2020, Teva transitioned 100% to using traceable verifiable recycled plastic through REPREVE yarn. Since that decision came to pass, they’ve diverted 24 million plastic bottles from landfills; putting them to better use on people’s feet. All of which leads us rather neatly to Teva’s ‘In Your Element’ story series. Through a collection of films and social storytelling, this series will shine a light on a community of individuals who are completely in their element when they’re roaming the earth, expressing their creativity, and paving a way forward.

This particular part of the overall series – ‘Freedom To Roam’ – zooms in on Sam Piper.

Sam, an aerospace engineer during the working week, lives for getting outside at weekends. For Sam, sleeping beneath the stars is the ultimate way to unwind and recharge; the ultimate way to escape the stresses of modern living and reconnect with the stuff that’s important. If you’ve ever had one of those nights in the wild where you feel like you’ve found a brand new sense of perspective on the world, while laid out beneath the cosmos somewhere wild and remote, you’ll no doubt relate to Sam here. 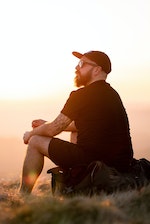 “Too much of life is spent doing the things that are expected of you,” says Sam. “Being in school, being in work. There’s not enough of being in the wild, and this is what matters to me the most. The chance to stop and feel like you can take in everything around you. From the stillness of a forest as I lay in my hammock to the punishing winds on top of a mountain.”

“Of all the things I’ve done in my life, nothing brings me greater happiness than being in the wild,” Sam adds; championing, as he does so, the increasingly popular idea that mother nature is the ultimate medicine for the strains of modern life.

“There’s not enough of being in the wild, and this is what matters to me the most”

“I thoroughly believe that when you go somewhere, you should leave it as you find it and leave it for the next people to enjoy it the way you’ve enjoyed it. Going forwards we need to be able to leave the wild in a better condition than it is now for future generations,” he says.

The spreading of this environmental message, one Sam believes in strongly, as well as good sustainability campaigns such as Teva’s “Less Plastic More Freedom” one are clearly vital if our world’s outdoor spaces are to continue making a positive impact on people’s mental wellbeing.

Here’s to getting outside then. Here’s to looking after nature.  Here’s to freedom. 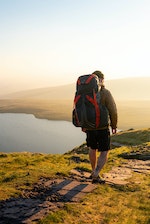 Teva’s ‘Freedom To Roam’ social ambassadors have also been sharing their own stories of what makes them feel in their element. They include travel journalist Sian Lewis (@sianannalewis), producer and photographer John Jarrett (@_johnjarrett), and adventurer Pip Stewart (@pipstewart).

Adventure video
We use cookies on our website to give you the most relevant experience by remembering your preferences and repeat visits. By clicking “Accept All”, you consent to the use of ALL the cookies. However, you may visit "Cookie Settings" to provide a controlled consent.
Cookie SettingsAccept All
Manage consent