The world’s best downhill mountain bikers gave the 2017 season one hell of a send off at, with Aaron Gwin and Myriam Nicole wrapping up the overalls, Loic Bruni claiming a second World Champ jersey and Miranda Miller surprising many to take her first.

But does that mean it’s all over now till next April? Do we now have to go back to watching Countryfile and trying to pick out lines behind Alan Titchmarsh’s head instead of riding?

The answer is no. And not just because Alan Titchmarsh doesn’t present Countryfile.

Now is the time to take all that stoke you’ve gathered up over the past six months and get yourself outdoors. Here are some suggestions for what you should do now the downhill mountain biking season has come to an end. You may notice a pattern.

2) Pounce upon sale season and buy a new bike 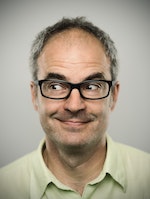 13) Go mountain biking in it

15) Go mountain biking in the snow

34 Reasons Why You Should Never Go Mountain Biking

10 Sketchy Trailside Fixes that Every Mountain Biker Should Know

It's Women's Sport Week | Here's Why That's More Important Than Ever

Women's sport is the best it's ever been, but that still isn't enough

It's Women's Sport Week.... Here's Why That's More Important Than Ever

As Vans celebrates 50 years, we look at how a cheap canvas shoe managed to sell skate culture for big bucks without losing any of...

Burton Presents | The Biggest Name In Snowboarding Release Their First Edit Of The New Season, And It's A Must Watch

Burton Snowboards release their first edit of the new season, and it's a must watch

Burton Snowboards Release Their First Edit Of The New Season, And It's A Must Watch

Chamonix bans wingsuit flying after a spike in deaths

Chamonix Bans Wingsuit Flying After A Spike In Deaths

The modernist French ski resorts built in the 1960s from scratch