Big trees. Little trees. Them sort of medium-sized trees. If you’re a lover of the outdoors, a lover of nature, then you simply have to be a fan of the trees. Hug a tree today. Hug a tree tomorrow. Get that big checklist out and make sure you’re hugging every single tree. Then hug them all again. This time with feeling. Anyway, can’t stress it enough. Trees are good.

Patagonia’s latest film ‘Treeline’ is a celebration of trees. More specifically, it’s a massive great salute to strapping in and shredding in amongst them on snowboards/skis. From the birch forests of Japan, with their now legend status nipple-deep Ja-pow, to the redcedars of British Columbia right on through to the bristlecones of Nevada – the piece is a deep delve into the places these naturally formed sculptures call home, and an exploration of how we can interact them.

“Trees are both alien and familiar”

“Trees are both alien and familiar… Compared to humans, they’re old creatures that we barely understand,” we’re told during the film’s opening voiceover. What follows from there is an almost spiritual love-letter to the world’s forests; leaving viewers afterwards with the nagging feeling that we, as a species, really need to pull our finger out and do more to save the planet.

Right, we’re off to look longingly at some trees now. For more on the film, directed by Jordan Manley, have a look at the Patagonia website. 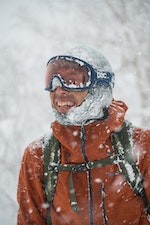 Action Sports article awe inspiration video
We use cookies on our website to give you the most relevant experience by remembering your preferences and repeat visits. By clicking “Accept All”, you consent to the use of ALL the cookies. However, you may visit "Cookie Settings" to provide a controlled consent.
Cookie SettingsAccept All
Manage consent