As Lovebox’s revellers headed home to recover, another festival took over Victoria Park for the Sunday of last weekend.

In only it’s second year, Citadel Festival is an amazing mix of music, dancing, debate, theatre, food and fun, squeezed into a ten hour space on a weekend afternoon.

With only one day to fit in all its acts, this festival has no filler. Akala opened the day with an incredible slot at the Soundcrash tent, followed by supernova jazz trio Gogo Penguin, and the line up only built from there.

Below blue skies and a hot summer sun, Citadel’s attendees jumped between incredible sets from a myriad of different genres. Battles and Maribou State got the crowd jumping in the dark of the Soundcrash tent, while Hackney Colliery Band’s set got us jiving on the bandstand and Lianne La Havas played a beautiful forty minutes over in the meadow.

Over on the main stage, the vibe went from one of chill sunbathing throughout the afternoon, to a huge dance party in the suns rays to Caribou, before all watched Icelandic giants Sigur Ros doing their thing while the last of the weekend sun went down.

With the huge amount of big names we’d seen, it was hard to believe that Citadel Festival was only a one day festival, this newby on the London festival scene is sure to go from strength to strength over the next few years!

We caught up with some of the day’s best dressed and asked them which acts the were looking forward to the most. Didn’t make it this year? We’ll see you there next July! 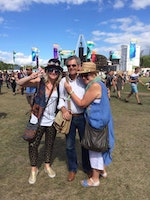 “We want to see Nathaniel Ratcliffe! Lianne Le Havas should be amazing later too…” 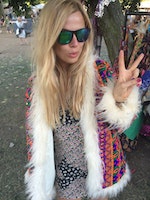 “Gogo Penguin and Hackney Colliery Band are my must-see bands of the day!” “We can’t wait to have a dance to Caribou, before Sigur Ros later on tonight!” 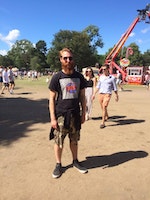 “Well. Sigur Ros obviously, but also Beardyman! I think I’m missing him, do you know what stage he’s on?!” 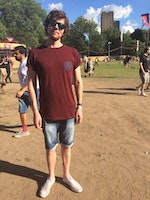 “I’ve just got into Maribou State recently, so I’m looking forward to seeing them live!” “I think Battles are sure to be great!” “Like most people we’ve met today, we’re all about Caribou and Sigur Ros later tonight” “We’re both here for Akala, but then I’m looking forward to Sigur Ros and Jade is more into Caribou”

"Drawing different lines on bigger waves, that sort of surfing resonates with me.”

Forgotten And Abandoned | This Is What Happens To Olympic Venues After The Athletes Have Gone Home...