Surfer, adventurer, ocean lover, and founder of the brand that bears his name, Jack O’Neill has died aged 94. Surrounded by his family, at his oceanfront home in Pleasure Point beach in California, O’Neill died of natural causes.

Of course, Jack O’Neill is known as the founder of one of the largest and most recognisable surf wear brands in the world. Indeed, his name is synonymous with riding waves. But it’s as the innovator of the modern wetsuit that Jack O’Neill should be remembered by all of us who love surfing.

After all, how often can an entire group of people, a class of people, point to one single figure and claim that that person undoubtedly improved their life. By inventing the wetsuit, O’Neill ensured that, not only could more of us around the world surf, but we could all do for longer, and throughout the year.

O’Neill was born in Denver, Colorado, before moving with his family to Long Beach, California, where he acquired a love for the beach at an early age. He went on to attend the University of Portland in Oregon, where he received a degree in business.

Following service in the US Navy during World War II, O’Neill married first wife Marjorie Bennett and in the early 1950s, they moved to Ocean Beach in San Francisco, California. When there, O’Neill began experimenting on his kitchen table with various materials designed to protect against the frigid ocean water in Northern California. He said, “I just wanted to surf longer.”

By the 50s O’Neill had invented the first surfing wetsuits and opened his first surf shop near Ocean Beach. He also coined “Surf Shop,” a term for which he later received a Registered US Trademark.

With his family growing, Jack O’Neill moved to Santa Cruz and opened his next surf shop. Before long he began making surfboards, promoting the first surf movies, and producing wetsuits for the expanding population of surfers in Santa Cruz and throughout California. Surfing soon captured the attention of the globe, but Jack O’Neill viewed what he did as a passion, and was more surprised than anyone that the business grew to the point that it did.

As surfing grew, so did the business, and O’Neill began to travel the world , becoming internationally recognised as a surfer, an airplane and balloon pilot, sailor, fisherman, and adventurer.

It was while surfing that O’Neill suffered an injury when a surfboard hit him in his left eye. It resulted in him having to wear an eye patch for the rest of his life, but it only served to make Jack O’Neill even more iconic and recognisable. 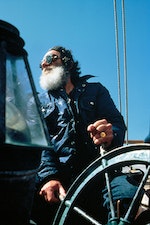 While the ocean gave O’Neill his livelihood, he ensured he paid it back. In 1996 O’Neill established O’Neill Sea Odyssey, a marine and environmental education program using his personal Team O’Neill catamaran, taking over 30 children at a time into the newly designated Monterey Bay National Marine Sanctuary, along with the dedication of a coast-side classroom and laboratory building in the Santa Cruz Harbor, which he built in 1965.

Now, more than 20 years later, the O’Neill Sea Odyssey program is one of the largest of its kind in the world, having hosted nearly 100,000 school-aged children. Always an advocate for the sea, O’Neill once said, “The ocean is alive and we’ve got to take care of it. There’s no doubt in my mind that the O’Neill Sea Odyssey is the best thing I’ve ever done.”

Jack O’Neill is survived by his wife Noriko, his children Cathi, Bridget, Shawne, Pat, Tim and Jack Jr, and by his six grandchildren.

While Jack O’Neill’s legacy is assured, the impact of his life, and what he did for surfing, will be felt for as long as people are paddling into waves.

Our thoughts are with the family and friends of Jack O’Neil. 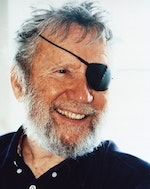 news O'Neill Surfing
We use cookies on our website to give you the most relevant experience by remembering your preferences and repeat visits. By clicking “Accept All”, you consent to the use of ALL the cookies. However, you may visit "Cookie Settings" to provide a controlled consent.
Cookie SettingsAccept All
Manage consent