Mpora recently had the chance to visit the United States of America. Needless to say, the travel did not go as smoothly as we’d hoped. At Detroit airport, where we hoped to catch a connecting flight to Salt Lake City, we got hauled to one side by US Immigration Officials and put in a special room. And by “special”, we mean grey and bleak.

We spent so much time waiting around, and then being interviewed, in this room that we ended up missing our plane to Utah. Sitting there, flanked on each side by a crying lady from Georgia (the country, not the state) and a flamboyantly dressed lady from Ghana, we had a lot of time to contemplate the situation we found ourselves in.

What’s the worst thing we could say, right now? What’s the worst thing we could do? What would have to happen to make this terrible situation, even more terrible than it already is? Rather than locking up those thoughts forever, and throwing away the key, we’ve decided to share them with you…the people of the internet. And so, without further ado, here’s 28 things you should never-ever do while going through US Immigration.

4) Offer Them A Cheeky Bribe 7) Ask For A Vodka Martini, Shaken Not Stirred 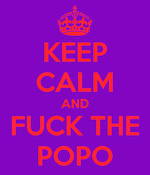 11) Say You’ve Got A Package To Declare, And Then Gesture Suggestively At Your Own Groin 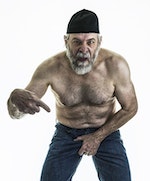 12) Say Philosophical Things Like, “…One Man’s Terrorist Is Another Man’s Freedom Fighter…” 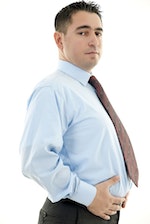 16) Fill Out The Immigration Forms With Your Own Blood

17 Sing The Opening Line Of Foo Fighter’s ‘Best Of You’: “I’VE GOT ANOTHER CONFESSION TO MAKE, I’M YOUR FOOL…”

18) Fall To The Floor And Beg For Mercy 22) Ask Them If You Can “Shoot Up In Here”, While Unloading A Small Container Of Black Tar Heroin From Your Rucksack 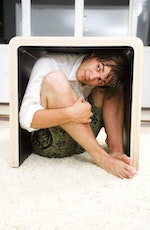 28) Expect Your Passport To Be Dealt With Quickly And Efficiently

The 23 Strangest Toilets In The World

21 Times Vladimir Putin Proved He Was The Ultimate Action Man

Listen up David Cameron...you've got a lot to learn.

21 Times Vladimir Putin Proved He Was The Ultimate Action Man

If you're into mountain biking, you'll have been guilty of these once upon a time...

Watch: This Hilarious Parody Shows How Getting Outdoors Could Stop You Murdering Someone

Watch: This Hilarious Parody Shows How Getting Outdoors Could Stop You Murdering Someone

article laughter list surprise
We use cookies on our website to give you the most relevant experience by remembering your preferences and repeat visits. By clicking “Accept All”, you consent to the use of ALL the cookies. However, you may visit "Cookie Settings" to provide a controlled consent.
Cookie SettingsAccept All
Manage consent