Paul Evans & Ben Mondy return with another episode of your favourite action sports and adventure podcast, forward slash anything in the whole wide world.

Recording from sunny Tenerife while hosting the webcast for the Capbreiroa Las Americas Pro surf event, the boys chat with the BBC’s acceptable face of action sports, Ed Leigh, down the line from Åre, Sweden.

A three-time Air Guitar World Champ (2000-2), Ed has done things even Billy Idol’s wife had never previously seen the like of, and is sporting enough to share some of his favourite anecdotes from a celebrity lifestyle, as well as wax lyrical about action sports, something he loves almost more than life itself. What does Steven Seagal keep in his cowboy boots? How much do BBC2 presenters get paid? How old is too old to still be the face of action sports? Find out!

Elsewhere Jasper Sanders, former creative director of Quiksilver Europe and executive producer of Candide Thovex’s Ski The World movie for Audi, brings the behind the scenes intel from an epic project. A ski film with no snow in whatsoever? Yes please. Jasper’s got fascinating stats and anecdotes from the road, and even reveals Candide’s secret to falling life a leaf, rather than a stone.

Elsewhere the news roundup mainly features animal-based and only very vaguely action sports and adventure related chat. Shark bongs, cougar attacks and fishtagrams all register on the radar, while Paul reveals why he’s rather be tucked in into his bivouac at night by Bushtucker Man Les Hiddins, than Ray Mears.

In the quiz, Paul’s new topic of the legendary 1968 Golden Globe yacht race, in which only one person finished, takes on Ben’s Life & Times of Paul Theroux, in a tense battle of knowledge, mental sharpness, and of course Wikipedia revision five mins before the show. 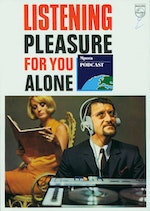 The episode plays out to the golden age hip hop absolute chooooon ‘One To Grow On’ by the UMC’s.

Be sure to get in touch with the show.

Tweet us @mpora, email [email protected], or send a raven.

Action Sports The Mpora Podcast
We use cookies on our website to give you the most relevant experience by remembering your preferences and repeat visits. By clicking “Accept All”, you consent to the use of ALL the cookies. However, you may visit "Cookie Settings" to provide a controlled consent.
Cookie SettingsAccept All
Manage consent