The East African countries of Kenya and Ethiopia have historically been very successful when it comes to long-distance running at the Olympics. In modern times, Kenya have dominated the 3,000m steeplechase event while Ethiopia have dominated the 5,000m and 10,000m running events. In the same way that the Caribbean island of Jamaica appears to have a stranglehold on the sprints, East Africa appear to have mastered Olympic long-distance running; giving them a constant source of medals as a result.

With Athletics Kenya successfully dodging a complete Olympic ban for Rio 2016, after a number of their athletes failed doping tests, Rio 2016 looks set to be no different from other Games of recent times – with Kenya and Ethiopia aiming to bag themselves a big heap of medals from the long-distance running events in Brazil this summer. What’s the driving force behind this ongoing success at Olympic level? Why have the countries of Ethiopia and Kenya been able to dominate competitive running in such a way? Here at Mpora, we decided to find out.

Does Geography Play A Part In East Africa’s Running Success?

It has been said that such locations benefit long-distance runners because “altitude natives,” as they’re known, are on the receiving end of the positive effects that long-term exposure to the mountain air can bring. This mountain air, when combined with endurance training, leads to an increase in red blood cells. More red blood cells, as you’ll know if you paid attention during your school’s science lessons, means that your body has more oxygen-storing hemoglobin passing through your veins. It also means carbon dioxide can pass more efficiently through your body.

This theory about training at high-altitude, and the increased efficiency this can lead to in the runner’s body, definitely makes a lot of sense. However, to say that geography is the only factor behind Kenya and Ethiopia’s running success does not tell the whole story. After all, there are people in Mexico, the Andes, and large parts of Central Asia that live above 2,000m. The fact that these areas do not come close to matching the success of Nandi, Arsi, and Shewa suggests there are other factors at play in the long-distance running success of East Africa.

Does History Play A Part In East Africa’s Running Success?

John Bale and Joe Sang wrote about the historical factors at play in Kenya’s running success in ‘Kenyan Running: Movement Culture, Geography and Global Change.’ In their prize-winning book, Bale and Sang highlighted the influence that missionaries and British military-figures had in promoting modern athletics in the area.

Kenya won its independence from Britain in 1963. Before then, however, athletics was implemented as part of the colonial rule system. As Bale and Sang discuss: “Among the many means of subjugating Africans in aiding and abetting the maintenance of imperial rule was athletics. This formed part of the early twentieth century ethos of ‘muscular Christianity’ through which sports were introduced to the African population by the work of mission schools.”

Marathon Running At The Olympics: Everything You Need To Know About The Proposed Rio 2016 Marathon Course

Once formal running had taken root in this part of the world, it would appear that a tradition of long-distance became self-perpetuating. Countries like Mexico, for example, did not go through such a considered drive towards athletics and that is why they do not have the same record of Olympic track-success as East Africa.

It would seem then that Kenya’s and Ethiopia’s modern day success in long-distance running at the Olympics is the combined result of both their geography and history. However, there are other factors that need to be considered before we shut up the investigation and walk away.

One factor of East Africa’s ongoing running success at the Olympics that shouldn’t be overlooked are the financial incentives on offer for the athletes of Ethiopia and Kenya. The average salary in Kenya, for example, is 146,016 Kenyan Shillings. In our currency, this translates to just £1,000 per annum. A similar economic situation exists in Ethiopia and it’s easy to see how this might lead young runners to pursue a career in the world of professional athletics (where the financial rewards are potentially far greater).

The fact that people from these areas are able to see how successful so many other runners from these areas have been only acts as further inspiration for them. The Ethiopian town of Bekoji, population – 17,000, for example has won a total of 16 Olympic medals; 10 of them gold.

When so many people from one place and/or region have had success in long-distance running, it’s not difficult to understand why so many young people from that area view running as a viable career choice. The world’s best athletes are able to feel the financial benefits of sponsorship deals, and all that this entails. A chance to make a nicer life for one’s self, and one’s family, should definitely be considered when looking at why East Africa has such a good track record at producing top level long-distance runners.

Does Biology Play A Part In East Africa’s Running Success? 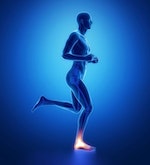 Those who stand by the theory that the very biological make-up of East Africans means they’re naturally better at running have been called into question by many. Geographer Richard Peet, quoted in Bale and Sang’s book, stated that this attitude was a “disguised kind of natural racism.”

The racial profiling of Kenyans and Ethiopians as being better runners entirely because of their genetics is considered by many to be typical of a western society that constantly needs to justify sporting success with radical explanations (even if evidence to back these radical theories up is anything but concrete).

It’s worth noting, however, that credible voices in both the world of sport and the world of science have cited that the build of East African runners (influenced by things such as nutrition) might well play a part in the huge success Kenya and Ethiopia have enjoyed in the Olympic long-distance running events over the years.

Rio 2016 Olympic Stadium: Guide To The Estádio Olímpico João Havelange And A Schedule For The Track-Based Running Events

Ben Oakley for example, a Senior Lecturer at the Open University in Sport and Fitness, has discussed how East African runner’s lightweight bodies could be a significant factor in their triumphs at the upper echelons of competitive running. Oakley has also stated that having a small and lightweight frame is ideal when competing in high temperatures because it’s easier for the body to dissipate heat. When you factor in the high heats often seen at summer Olympics, joining the dots isn’t exactly too much of a stretch.

Researchers have also studied the lower energy use of East African runners compared with Caucasian runners. Their research, around the term “running economy”, reveals that because East African runners often carry a few less grams on their feet and ankles they need less energy to maintain a quick pace and therefore have a better chance of Olympic glory.

Does Psychology Play A Part In East Africa’s Running Success?

When weighing up why East Africa has historically been so successful at long-distance running, it’s worth considering the psychological strengthening that occurs to young athletes in Kenya and Ethiopia.

When growing up as a runner in East African countries, you’re bound to start believing on some level that the weight of history is on your side and that long-distance runners from your part of the world are simply superior to those from elsewhere.

It might not be a conscious thought process but that feeling of invincibility, and the sense that you can’t be beaten, has been well-documented in a variety of sports (including football). Of course, sometimes this can lead to complacency but more often than not the athlete who believes they can’t be beaten will do better than the athlete who doesn’t believe they can win. In a sport that can be settled by small fractions, this psychological edge can make all the different.

Of course, with this theory in mind, it will be interesting to see what happens at Rio 2016 in the 5,000m and 10,000m after Team GB’s Mo Farah won gold in both of these events at London 2012. Has the illusion of East African superiority been shattered once and for all, or will it be business as usual in Brazil this summer?

Team GB At The Olympics: Who Will Be Representing Great Britain In The Marathon And 50km Walk At The Rio 2016 Games?

Skiing In Kitzbühel: A Guide To The World Famous Austrian Ski Resort

Want to go skiing in Kitzbuhel? Here's some information to make planning your trip that much easier.

Here's why the XC MTB could be the event of the Olympic Games...

Font in France is an amazing naturally-occurring outdoor climbing gym

Rio 2016 | Who is Representing Team GB in the Road Cycling at the Olympic Games? Time Trial and Road Race...

All you need to know about the men and women riding the time trial and road race...

Rio 2016 | Who is Representing Team GB in the Road Cycling at the Olympic Games? Time Trial and Road Race...

"The Ocean Cleanup Project is looking to install a one kilometre, V-shaped boom in the middle of the ocean..."

If it does this to red hot copper, what does it do to your digestive system...