“Hello darkness, my old friend. I’ve come to talk with you again. Because a vision softly creeping. Left its seeds while I was sleeping. And the the vision that was planted in my brain. Still remains. Within the sound of surfing.”

These aren’t the lyrics of CJ Mirra’s cold water surfing inspired track ‘Translate’ but, quite frankly, they might as well be – such is the sense that this right here is surfing in musical form; surfing as a sound.

“This right here is surfing in musical form; surfing as a sound”

The song’s intrinsic ‘surfy-ness’ probably has something to do with the fact that CJ Mirra has now scored some 20 surf films, alongside award-winning filmmaker Chris McClean, including this latest audio visual experiment and film ‘Translate’.

This track, taken from Mirra’s recently announced second album (also called ‘Translate’), features Robert M Thomas. The video, which feels like the equivalent of having the content of the Tate Modern injected directly into your skull (in a good way), was created in collaboration with multimedia artist Rebecca Smith from Urban Projections. For it, Smith reinterpreted the original surf footage from the film ‘Translate’ and gave it a unique digital twist.

“The video is one artist’s translation of the original film, using collaboration as a protest against the current divisive political climate in Europe,” explains CJ Mirra.

An ode to the raging North Atlantic, the album is the official soundtrack to the audio-visual freesurfing experiment and highly anticipated movie of the same name.

“The title track is orchestral, textured, cinematic with live strings and tape-manipulated samples creating an almost Nordic, ethereal feel,” says CJ Mirra. “I worked with the ultra-talented Robert M Thomas who layered up so many violins and violas that it sounds like a small orchestra.”

“Salt, sound, sea and cinema… wrapped up in one neat, little, package”

Out this Autumn, the album brings together ethereal orchestral movement with electronic excursions and lo-fi contributions from the likes of surfer / musician Lee Ann Curren. 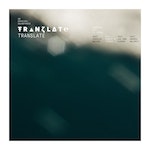 For more information on CJ Mirra and the Translate project, check out this piece on the London Surf Film Festival website.

Action Sports anticipation article information video
We use cookies on our website to give you the most relevant experience by remembering your preferences and repeat visits. By clicking “Accept All”, you consent to the use of ALL the cookies. However, you may visit "Cookie Settings" to provide a controlled consent.
Cookie SettingsAccept All
Manage consent