When it comes to surfing at the Olympics, we’d understand if you had some questions. Questions like will Kelly Slater be there? Has there been any surfing at the Olympics controversy? What big names will miss out? Will the competition be held in the ocean or man made waves? Don’t fret, we have all the answers to these enquiries (and many more to boot). Here’s almost everything you could possibly need to know about surfing’s debut at the Tokyo Olympic Games in 2020.

As in almost every aspect of surfing history the sport’s debut at the Olympic Games Tokyo 2020 can be traced back to Duke Kahanamoku. The Hawaiian, known as the father of modern surfing, won his first gold medal in the 100 metre freestyle at the 1912 Stockholm Olympics. The fame and the international travel that came with his Olympic success allowed him to sow the seeds of surfing addiction all over the planet.

Over 100 years later, with the sport now practised from Brazil to Botswana and Vanuatu to Venezuela, surfing can be considered a truly international sport. In the year 2016, after a two-decade push by the International Surfing Association (ISA), the body recognised by the IOC, surfing’s bid to make its debut at the games was accepted. It will join skateboarding, baseball, karate and sport climbing as new sports at Tokyo.

The competition will be held at Tsurigasaki Beach, located just 35 miles east of Tokyo on Chiba Prefecture’s Pacific coastline. The break’s reputation as a swell magnet and the fact that it is an hour’s drive from Tokyo has made it one of Japan’s most iconic surf spots. The province of Chiba has played host to a number of professional level surfing contests over the years, including a few Championship Tour (CT) events (special mention goes to one infamous final between Kelly Slater and the late Andy Irons in 2005).

While many surf fans had predicted that the Olympics would be held in an artificial wave, such as Kelly Slater’s Surf Ranch or using WaveGarden technology, the IOC and ISA have made it clear they wanted the first Olympic surfing event to be held in the ocean.

The problem with that is that the waves in August in Chiba tend to be relatively small, but contestable, beachbreaks. The appearance of a typhoon may change that, but typically at that time of year you’ll see three-foot waves with relatively light winds. Being summer, Olympic competitors could face 30 degree heat and 90% humidity. Although, at least the surfers will be in the ocean. Thoughts and prayers for the poor weightlifters.

Who Is Surfing In It?

A total of 40 surfers, 20 men and 20 women, will compete for Olympic medals in the individual men and women’s shortboard categories. Ten men and eight women will come from the WSL ranks. Each nation however is limited to a maximum of four surfers — two women and two men, which is crucial. The non-WSL athletes will be selected from a hierarchical order of qualification that include the 2020 ISA Games, the 2019 ISA Games and 2019 Pan American Games.

Will Kelly Slater Be Surfing?

Possibly. Kelly has gone on record as saying if he makes the Olympic Team that might be the perfect time, aged 48, to retire. To make the team Kelly has to be placed as one of the top two USA surfers when the WSL year finishes in Hawaii at the end of 2019.

With six events of the 11 on the CT tour already surfed  (at the time of writing), Kelly is currently the third ranked American and so out of the running. However the current World No. 1 and two-times World Champion John John Florence has ruled himself out of the rest of the year with a knee injury and so can’t be considered. That means if the American Olympic Team were to be picked today, Kelly would be in it. And surely the surf world will be a better place if Kelly is flying the stars and stripes at Tokyo 2020?

Will Some Big Names Miss Out?

Yes. The two surfers per country rule means some big names won’t make it to Tokyo. If we use the current Men’s CT rankings as an example of the selection process, current World No. 3 Filipe Toledo and World No. 6 Italo Ferreira would be chosen to represent Brazil. With Brazil’s quota filled at that point, last year’s World Champion Gabriel Medina would miss out. With Brazil’s allocation filled there would be no pathway for Medina, or any other Brazilian surfer, to make the Olympics through any of the other ISA run qualifying events.

The surfers selected for the USA women’s team will also have fought hard to make the team for Tokyo. Only two of Lakey Peterson, Carissa Moore, Courtney Conlogue, Caroline Marks, Malia Manuel and Coco Ho can be eligible through their 2019 CT ranking. Once those two spots are filled, the shop window is closed.

What Are The Chances Of A Massive Upset?

Small. There are currently 97 countries recognised by the ISA with Oman and Mongolia the most recent inductees. That means it is theoretically possible that a surfer from Senegal, Afghanistan, Iran, Switzerland or Norway could come through the ISA ranks to make the Olympics and defeat the established CT stars of the sport in Tokyo.

However in theory the winners from the ISA Games will probably come from established surf nations not represented on the WSL tour. Portugal’s Frederico Morais, Spain’s Aritz Aranburu for example will fancy their chances, while the best surfers from Peru, Costa Rica, New Zealand, Japan and South Africa will be hoping for a chance to win Gold. For those surfers getting to represent their country will be a massive achievement. A podium finish however is an unlikely dream.

Are There Any Test Events?

Yes. The ISA 2019 ISA World Surfing Games to be held in early September and will feature the world’s best surfers. The CT surfers must attend the ISA Games to be eligible for Tokyo and so Kolohe Andino, Italo Ferreira, Filipe Toledo, Gabriel Medina, Jordy Smith and Kanoa Igarashi to name a few will be traveling to Japan.

That event will be the first time we will see the WSL stars going up against surfers from all over the world and competing outside the WSL paywall. The format, judged and webcast will be the first glimpse of what the Olympic competition might look like. 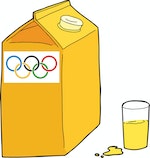 Sadly, no. Unlike snowboarding for example, where the skiing federation the FIS took over the sport at the Olympics there has been little friction between the ISA and the WSL and the process has been relatively smooth. Most friction might come from the individual nation’s team selection. For example the UK team for the 2019 ISA Games has caused a big reaction, with the top WSL surfers like Luke Dillon, Reubyn Ash and Emily Currie being overlooked in favour of the current British National Champions. It’s not exactly Terje Haakonsen boycotting the Nagano Games, but it’s all we have at the moment.

Kelly Slater | Is Time Really Up For The Greatest Surfer In History?

Action Sports information olympics olympics 2020 surfing olympics 2020
We use cookies on our website to give you the most relevant experience by remembering your preferences and repeat visits. By clicking “Accept All”, you consent to the use of ALL the cookies. However, you may visit "Cookie Settings" to provide a controlled consent.
Cookie SettingsAccept All
Manage consent